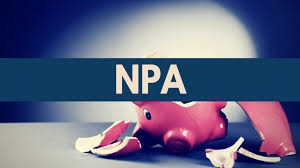 What is a Non-Performing Asset (NPA)?
A non-performing asset (NPA) is a loan or advance that is outstanding or delinquent because the principal or interest payment occurred 90 days before the due.
RBI said in a 2007 circular: “When an asset ceases to generate income for the bank, it becomes unproductive.”
How do non-performing assets (NPAs) work?
After a long period of default, the lender forces the borrower to liquidate the assets that were pledged as collateral in the loan contract. If the assets were not mortgaged, the lender writes them off as bad debts and sells them at a discount to a collection agency.
A loan can be classified as a non-performing asset at any time during the term of the loan or on its maturity.
Example: Suppose a company took a loan of Rs 20 million. If the company does not pay interest of Rs 100,000 per month for three consecutive months, the lender classifies this loan as a non-performing asset and lists it as an NPA on its balance sheet. A loan can also be classified as doubtful if a business makes all interest payments but does not pay principal when due. 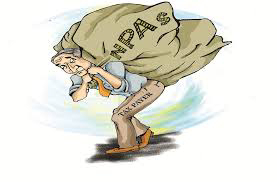 Why are banks worried about an account becoming an NPA?
There are many reasons why banks worry about their accounts becoming NPAs, but we will take a look at the main ones:
Loss of Revenue – When an account becomes NPA, it becomes a stressed account and banks have to stop charging interest on it.
Brand Image: A high number of NPAs have a negative impact on the image of the bank.
Higher Provisions: RBI imposes certain rules on banks to make provisions at higher rates if an account becomes NPA.
Action Driven – In some cases, action driven can lead to strict action.
Stock Market Crash – Trading with NPAs can lead to a fall in the stock market prices of the bank.
What are the effects of Non-Performing Assets (NPA)?
When accounts are converted into NPAs, the effect is as follows:
Banks do not have enough funds for other development projects, which affects the economy.
The brakes on new investment could increase unemployment.
Banks are forced to increase interest rates in order to maintain profit margins.
Impact of NPAs on Borrowers CIBIL Score:
NPA affects the creditworthiness of the borrower, thereby affecting their CIBIL score.
Brand Image: An NPA affects the goodwill of the borrower.
Future financial problems: Banks will be concerned about sanctioning a loan to a borrower whose account is an NPA.
Impact on other group entities: An NPA affects not only the borrower, but also other entities in the group.
final thoughts
NPAs are not favorable to banks as they are not accountable. A large number of non-repayable loans means that many of the loans have stopped working or are not generating interest income for the bank. However, banks have the option to keep the NPAs in their books, hoping that they will recover or make provisions for them. Or they can write it off entirely as bad debt. NPAs in India have increased in recent years and are affecting the economy. Therefore, it is imperative for the government and banks to improve their practices to check the growth of NPAs.