Initially the entrepreneurs will provide the same type of charger for all the devices. After this, this rule will automatically apply to the customers as well. 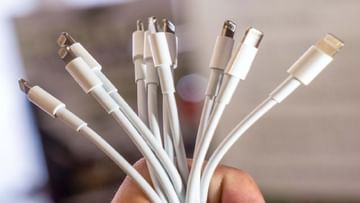 New Delhi: smart fone (smart fone), many tasks are now incomplete without the use of a tablet or laptop. Battery of these devices (battery) When it’s over, I’ll charge it once. One time we didn’t have our charger and went to find a charger elsewhere.type c charger)… it confuses you.. also irritates if you don’t have the exact charger you want…

But in the coming days, such questions will not arise regarding the charger. There will be no confusion about Type B or Type C, as smartphone makers and technology companies have taken a very wise step. Now everyone has accepted that only Type C charger will be used.

When will the new rule be applicable?

Smartphone companies and industry bodies in India have agreed on a strategy to implement a single charging method across the country. The Ministry of Consumer Affairs gave this information on Wednesday. It is considered a big step towards One Nation One Charger policy.

After the implementation of this policy, there will be no need to buy separate chargers for everyday things like smartphones, smartwatches and laptops. All these things can be charged with the same type of charger.

The next step is to see if a single charging port can be used for all wearables such as smartwatches. A group has been formed to exchange views on this. The meeting was held on Wednesday under the leadership of Consumer Affairs Secretary Rohit Kumar Singh. In this meeting, a decision was taken regarding the further course of action.

In such a situation, the question will be how this rule will be implemented. So first entrepreneurs will provide same type of charger for all the devices. After this, this rule will automatically apply to the customers as well.

According to media reports, this decision has been taken in view of E-waste. In 2021, the figure of 50 lakh tonnes of e-waste was revealed. The new policy will help in reducing e-waste.