Tax on lottery | Bumper lottery started. But how much tax should be paid on this? Do you know this? 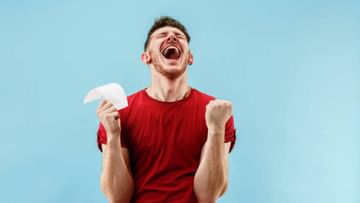 Won the lottery, but how much?

New Delhi: An auto rickshaw driver from Kerala(auto driver) Who opened Anoop’s luck on Sunday! 25 crore lottery to them (lottery) taken but the question remains, after the tax deduction (tax deduction) What is the amount in Anoop’s hand? What is the percentage of tax deduction?

Hit the Jackpot, Win the Lottery Online, kbc If you win crores of rupees in this popular quiz contest, do you still have to do anything other than do it? Why is it that once the tax is paid everything is over. let’s find out..

So lottery, jackpot, after becoming a millionaire, of course you have to pay tax on it. The state government collects tax on such amount. But, apart from this you have to pay income tax. ITR has to be filed. Many people don’t know this.

According to the Income Tax Department website, if a person wins the online game then the tournament. Get rewarded, get rewarded. So he will have to pay 30 percent tax. This amount is deducted from the amount won by the person. The rest of the amount is given in their hands.

So you won one crore rupees. So 30 percent of that amount is reduced. The remaining amount is given to the winner. That is, the winner is given the amount only after deduction of tax. In some games this amount is later deducted.

Here one thing is very clear, if the income of a person is very less. The person is not eligible for tax and won the lottery. Still he has to pay 30 percent tax on this lottery, online gaming. He is not exempt from this.

Even if you win a car or other expensive item, you still have to pay tax. For that, the market value of the commodity is checked. Accordingly, tax is levied. This tax is often collected in advance.

According to a report in Economic Times, Nitin Gupta, chairman of the Central Board of Direct Taxes (CBDT), told about this in an interview. Accordingly, it is mandatory for winners of online games, betting or lottery to file ITR.

If the winners do not disclose the amount won. Hefty fines are imposed on them for not filing ITR. Sometimes legal action is also taken against them.

If the information value comes late in the year, the winner can file ITR-U. This information can be filed till 31 December 2022. Failure to do so will result in penal action.

The lottery is currently valid in 13 states. While other states have banned lotteries. As per a Supreme Court ruling, state governments can decide on lotteries in their states. But other states can ban lotteries under a provision of the 1998 Act.