Today we tell you what was Tina Dabi’s 12th class number. You will also be curious to know how many marks an IAS officer can get in 12th… 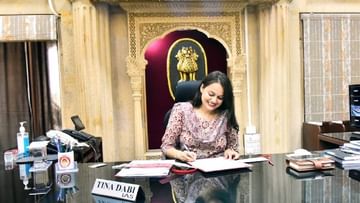 Most of us know IAS Tina Dabi since 2015. Tina Dabi is topper in UPSC 2015 batch, but very few people know that Tina Dabi is not only UPSC but also CBSE topper in class 12th. She has also topped in Lady Shri Ram College, Delhi. Today, his following on social media is no less than a Bollywood star. If she shares a single post then it becomes viral. Tina Dabi has been in the news for many reasons whether it is her first marriage, her divorce or her second marriage. Today we tell you what was Tina Dabi’s 12th class number. You will also be curious to know how many marks an IAS officer can get in 12th…

Tina Dabi has been a genius since childhood. The proof of this is their 12th marks in both these subjects. Tina remains CBSE topper. Not many know that he has scored 100 out of 100 in Political Science and History.

Tina’s early education took place at Jesus and Mary School. People were surprised to see his number 12. He started preparing for UPSC from the first year of college. Like Tina, her younger sister Riya Dabi is also very intelligent. Riya surprised everyone by securing 15th rank in 2021.

Tina Dabi is working as DM in Jaisalmer, Rajasthan. He is in discussion since 2015. Recently, Tina has remarried to IAS Pradeep Gawande. Pradeep Gawande is a 2013 batch IAS officer. During the marriage of both, there was a lot of news about the age of both.