RBI | There is a picture that the happiness of Mahagai festival will also be green. A survey has claimed that a move by the Reserve Bank will reduce the pockets of Indians. 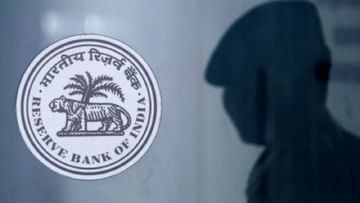 now it will hit

New Delhi : Certainly this news is not good for the common citizens of the country. Reuters, the world’s largest news agency (Reuters) When a survey was done in India, the Reserve Bank of India in India (reserve Bank of India)It is feared that this policy will increase inflation again.

reserve Bank of India To raise interest rates next week ((interest rate hike) chances are. Economists rate repo rate in Reuters poll (repo rate hike) The RBI is projected to increase by 0.50 percent, so according to some economists, the RBI will increase the repo rate by 35 basis points.

RBI may announce a hike in interest rates in its meeting to be held on 30 September. The bank is left with no option but to increase the repo rate to check inflation.

More than half of the experts in this survey have predicted that the RBI will increase the repo rate by 50 basis points. If you look at the things of this survey, it is known that everyone’s emphasis is on increasing interest rates. The US Federal Reserve Bank has also raised interest rates. Its effect is also being seen.


If RBI raises interest rates, inflation will not break the back of common man. With this policy of RBI, banks will also increase interest rates. Interest rates on home, auto and other loans will increase. The burden of higher EMI will fall on the pockets of the people. When it comes to covering expenses, leave aside savings.