RBI Repo Rate: Central Bank is thinking of giving a shock to the common man once again.. 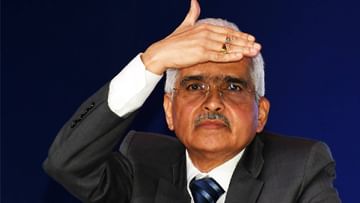 New Delhi : reserve Bank of India (RBI) It has washed its hands behind inflation. Inflation does not leave the back of the common man. inflation (inflation) Repo rate to come back under control on Monday (repo rate) There is a possibility of increase. In such a situation, there is a possibility of burden on the pocket of common citizens again. Credit Policy Committee of RBI (MPC) The meeting is starting from 5th December. The meeting will last for two days.

RBI is trying hard to control inflation. For this, the repo rate is being increased repeatedly. Now there is a possibility of increase in the repo rate. RBI may announce increase in repo rate on 7th December. This will shock the common people.

Madan Sabnavis, Chief Economist, Bank of Baroda predicted that the Monetary Policy Committee will hike the repo rate again. The increase will be in the range of 0.25 to 0.35 per cent. That’s why he has predicted the repo rate to reach 6.5 percent in this financial year. The repo rate is expected to increase again in the month of February.