plan | This scheme became popular. But the government changed the condition of the scheme. So now these people cannot invest in this scheme. 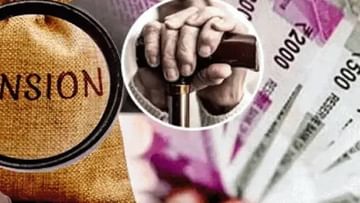 Benefits of this scheme will stop

The rules of this scheme are being changed from 1 October. The government has issued a notification in this regard. In such a situation, taxpayers will not get a place in this scheme. Individuals paying income tax will not get the benefit of the scheme.

Those who have started investing in Atal Pension Yojana. They can continue to invest even if they are taxpayers. After October 1, this rule will change.

In Atal Pension Yojana, a person will get pension from Rs 1000 to Rs 5000 after 60 years. The pension amount will be determined by how much you invest, contribute to the scheme now.

This scheme was launched by Prime Minister Narendra Modi in June 2015. After 60 years, the beneficiary gets a pension of Rs 1000 to Rs 5000 per month. Indian citizens can take advantage of this scheme.


PFRDA According to the data of 30 September 2021, the total number of subscribers in Atal Pension Yojana has increased by 32.13 percent. Now the number of beneficiaries has increased to 312.94 lakhs.