Petrol-Diesel Price: There is talk of falling again in the prices of petrol-diesel .. Let us understand the reasons behind this .. 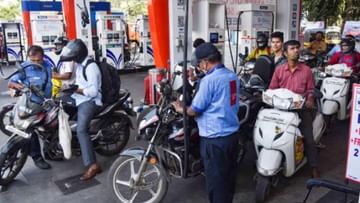 If experts are to be believed, the price of Brent crude oil is likely to reach $82 in the coming days. This is likely to bring down the prices of petrol and diesel in India. According to an estimate, this price may fall by Rs.

1. Big companies around the world are planning to liquidate their old hedge funds at the end of the year. Hence the demand for crude oil decreases. Its effect is visible in the market.

2. US stocks and shale have been on a winning streak. As a result, the supply has become more than the demand. Therefore, there is a possibility of a fall in the price of crude oil in the market in the near future.

3. Kovid has again raised its head in China. Because of this, lockdown has to be imposed again and again. Economies around the world are also facing the fear of another wave of Covid. As a result, the demand for crude oil is falling.

All these reasons are going to affect India as well. India imports 85 per cent of its crude oil requirement. The fall in the prices of crude oil in the international market will affect India.

According to experts, India will buy Brent crude oil at $ 82 per barrel in the next two weeks, which will affect domestic prices. Petrol and diesel prices may come down by Rs 5 per litre.