NLEM | Now common man will get medicines for incurable diseases at cheaper rates. The NLEM scheme of the central government has paved the way for affordable medicine. 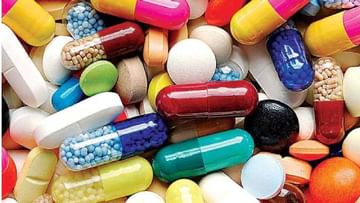 NLEM | Now at affordable cost for common man (cheapest price) on incurable diseases(terminal illness) Medicines will be available. During illness, the maximum expenditure is on treatment and medicines. Due to this not only the family gets tired but the patient also suffers. of central government NLEM This scheme has paved the way for affordable medicine.

There is pressure on the arbitrariness of companies

Cancer, diabetes, other incurable diseases are incurable without treatment. Treatment and medicines cost a lot. Pharmaceutical companies increase the price of these drugs for profit. The central government has covered this arbitrariness.

National List of Medicines by Union Health Ministry (NLEM 2022) has been prepared. In this, 384 drugs of 27 categories have been included.

including other anticancer drugs

This list includes drugs for cancer, diabetes, antibiotics, vaccines, nicotine to solve cigarette addiction. So that customers can get these medicines at affordable prices.

Bandamustine hydrochloride, irinotecan HCI trihydrate, lonalidomide and leuprolide acetate are four effective anticancer drugs. They are included in this list.

Gastrointestinal, the antacid salts ranitidine and sucralfate have been removed from the list. In this case, these drugs can be expensive.

This list includes 18 drugs that prevent infection. This would reduce the cost of drugs for infectious diseases such as bacteria and fungi.


These medicines will be cheap