Inflation | The government seems to be failing miserably on the inflation front. There are signs of inflation rising again as prices are out of control. 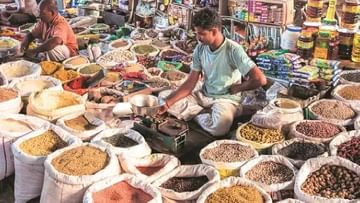 New Delhi : inflation in the country (inflation) A fire has broken out. All goods in the last five years (worth) have increased enormously. Petrol and diesel have made a splash. Similarly, there has been a substantial increase in the prices of pulses, food grains and daily necessities. Now again the central government has indicated an increase in the prices of some items. (Central Government) Are being given

Prices of plain rice may rise again. Bad things have happened. Torrential rains have occurred in some states. In some areas, the rain has brought tears to the eyes. This has affected production. Kharipa production has decreased. The production figure will be less than last year.

During the week till September 19, the retail price of rice increased by 0.24 per cent. The central government has claimed that there has been an increase of 2.46 percent in a month and 8.67 percent in a year. The average price has increased by 15.14 per cent in five years.

This year, due to Kharif season, the central government will reduce the production of rice by 6 percent. The government had estimated the production to fall to 104.99 million tonnes. But exports have reduced the bumper stock of rice in the market.


Last week, the government had warned of strict action against hoarders. This means that rice and wheat have been stored in large quantities. Due to this there is a danger of shortage of rice in the market and the price will increase.