Gold Silver Record: Gold prices have reached a two-year high. Let’s see how is the gold and silver horse race after 2020. 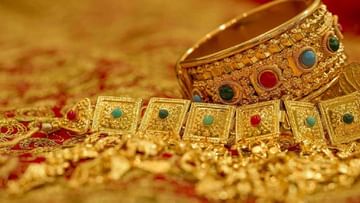 New Delhi : Gold price reached new high yesterday (gold at record high) Indian futures market reached (Multi Commodity Exchange) Gold reached Rs 56,250 per 10 grams. Earlier in the first week of August 2020, the gold price was Rs 56,191 per 10 grams. According to experts, due to the fall in the inflation data in the US, the dollar index has declined. Its effect is now visible in the prices of gold. Due to all these developments, gold continues to rise. Due to the increase in the price of gold in the international market, the central government has increased the base import price of gold. (Base Import Price) increased

Silver has also been shining for a few days. In the futures market, silver prices saw a gain of Rs 65 in the previous trading session in the evening. Silver was trading at Rs 68,708 per kg. During the day, the price of silver reached Rs 68,916 per kg.

According to IIFL Vice President Anuj Gupta, the price of gold is continuously increasing. Gold can reach 58 thousand to 60 thousand rupees in the next 3 to 6 months. This is the result of a sharp fall in the dollar index.

Gupta claimed that the dollar index would fall below the 100 mark in the coming days. Its effect will obviously be seen on gold and silver. Experts estimate that the price of gold will reach 60 thousand and the price of silver will reach 75 thousand rupees.

Gold and silver prices were rising in the international market. It registered a rise of 1 percent. An increase of 1.2 percent was recorded in the price of gold. Gold is ruling at $1,896.19 an ounce yesterday.

Silver prices rose by 1.33 per cent. The price was $23.75 an ounce. Both the metals gained momentum in the international market. There was a fall in the prices of silver in the country.