Fraud: One group started a fake bank and read what happened next. 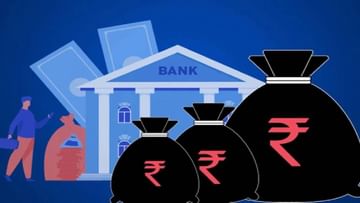 New Delhi : a new bank in town (Bank) Started and strongly offered to open account (offer) If so, then check it once. Because it’s a very fake bank (fake bank) It also started 9 branches. Many were duped. His confusion grew in front of the police (police) separated him..

So this kind of fraud got exposed in the state of Tamil Nadu. Thus there was a stir in the police. Common people have got a big shock. When he came to know that his account was in a fake bank, sand slipped from under the feet of the investors.

We are aware of many types of online frauds. ATM fraud, phone to fraud, fraud with the help of app are all around us. But this act done by this party is not only shocking but the administration is also going to sweat.

Gramin and Kisan Kisan Co-operative Bank (Rural and Agriculture Farmers Co-operative Bank) This is the name of this fake bank. Till now fake documents, SIM cards, passbooks, accounts, notes were used. It was found here that the bank was fake.

Account can be opened in this fake bank by paying Rs 700. After opening the account, the customer was given a credit-debit card. Also, the same facilities were provided like other banks. 3000 people had opened an account in this bank.

of the Reserve Bank AGM Complaint was made against the bank. by central crime branch (CCB) A thorough investigation was conducted in this matter. After that Chandra Bose, the mastermind of this bank scam, was arrested.


56.6 lakh cash from the accused after his arrest by the police, deposit slip, withdrawal slip, Deposit amount and withdrawal slip. A cash counting machine has also been recovered from the bank.