Foxconn-Vedanta | Vedanta has signed a deal to set up a chip, semiconductor manufacturing plant in Gujarat, and it is garnering international attention, even as the political turmoil continues in Maharashtra. 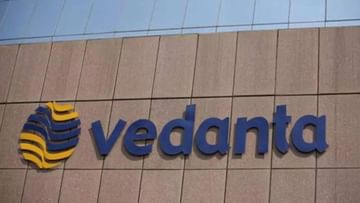 Foxconn-Vedanta | Vedanta Project (Vedanta Plant) Political upheaval in Maharashtra after moving out of the state (political war) China is also starting internationally (Chiana) This is shocking. also from taiwan (Taiwan) There is a fever in the head. Let us know these three results of the same project ..

An investment of Rs 1.54 lakh will be made on this project. Vedanta Group will hold 60 per cent stake in this joint venture. While Foxconn will be a 40 percent partner.

Semiconductor, display glass will be manufactured in this project. The project will produce chips needed in automobile and electronics manufacturing.

However, the politics in Maharashtra has heated up regarding this project. The plant was earlier to be set up at Talegaon near Pune. There was agreement with the previous government also.

But suddenly the company turned its march towards the state of Gujarat. The politics in Maharashtra has heated up regarding this. Shiv Sena, NCP and Congress have put the new government in a dilemma on this issue.

Former minister Aaditya Thackeray launched a scathing attack saying that this government is threatening itself and Maharashtra. He alleged that the project suddenly went out of state as the entrepreneurs did not have faith in the government.

With the project moving out of Maharashtra, the state government has suffered a major setback. Whereas the opposition has got a collet. The politics in the state has heated up on this issue. We have seen the results of this project in the country. Let us now look at the international impact of this project.

Chip and display manufacturing is currently dominated by Taiwan, China-Hong Kong, South Korea. Taiwan alone accounts for 92 percent of semiconductor production. Now semiconductor and chip production will start in India. This will shock the country’s market.

According to a report, by 2026, India will meet 17 percent of its semiconductor and chip requirements domestically. This will reduce the cost of imports. According to the India Semiconductor Market Report 2019-2026, India’s market will be worth USD 300 billion.


The dominance of Chinese companies in the electronics and automobile sector will be shaken. So they have to compete with India in the next 5 years.