Cotton: Though cotton production in the country is good this year, there is every possibility of a rise in prices. 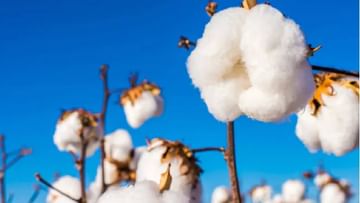 New Delhi : cotton production this year (cotton production) Vigorous 344 lakh bales have been produced. Last year this figure was 307 lakh bales. But even after increasing the production, there is a big fear of not getting customers. all kinds of reasons (cause) because of the farmers (Farmer) There is a possibility of a big loss.

Even though the weather has not been favorable this year, there has been a substantial jump in production. Cotton production has increased due to heavy rains in many districts. 12 percent more production than last year.

Cotton production is likely to increase. Indian cotton bales are exported to foreign countries during the months of October, November, December and January. But this year, exports are getting affected due to higher prices of Indian cotton in the international market.

By mid-November, 70 percent of the cotton is exported. But this year the numbers are getting difficult to reach. It is claimed that the price of cotton in India this year is more than 10 per cent higher than that of cotton worldwide. what Its chairman is Atul Ganatra.

This one reason has affected the export of cotton. This will affect the price. Bangladesh exports a large amount of cotton. 60 percent of cotton bales are sent to Bangladesh. But this year there is no response from their side.

India is eyeing China. But it is difficult for Indian cotton to offload in China because of the Chinese currency difference. But due to the low price of cotton from other countries, they are getting more preference at the global level.