Budget 2023: The next year may belong to the taxpayers. The central government is preparing to give them a big relief. 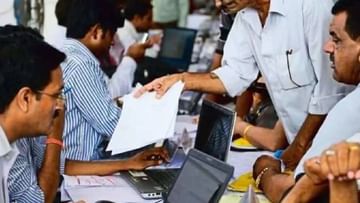 New Delhi : budget (Budget 2023) The countdown has begun. The bugle of the budget will ring in a few days. Everyone has expectations from the budget. Everybody wants something. taxpayer without asking this year (Taxpayers) The central government is thinking of giving a big gift. In such a situation, tax payers are likely to get a big relief.

Taxpayers claim tax exemption every year. But this year they are getting tax relief without asking for it. Tax payers have not benefited that much in the last 9 years. Hence, his dream of income tax exemption has been permanently undermined.

This will be the last budget of the second term of the Modi government. The roadmap for the 2024 Lok Sabha elections will be prepared in this budget. That is why efforts are being made to give great relief to the tax payers.

According to the experts, in the budget 2023, the central government will focus on two things. The first issue is inflation and the second issue is development. By focusing on these two points, the Modi government can provide relief to taxpayers and industries.

In the budget to be presented by the Central Government by February, 2023 (Budget 2023) They are preparing to give relief to the taxpayers. Taxpayers will be given this exemption under Rule 80C of the Income Tax Act. The scope of 80C will be extended.

According to sources in the Finance Ministry, the central government is considering giving tax exemption on the purchase of a house. This will give a boost to the expenditure. In the current tax regime, taxpayers get a deduction of Rs 1.50 lakh for home loan under 80C. Whereas under 24B, a deduction of two lakh rupees is available.

Borrowers may get enhanced tax relief in the upcoming budget. The existing limit of Rs 1.50 lakh will be increased. But although it is not known how much it will be given, but the total tax relief can be up to Rs 5 lakh including interest.