Big news: India will soon play in England, Mukesh Ambani is going to play this game.. 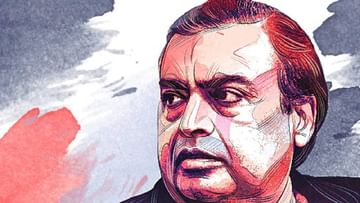 so this club is owned by ambani

New Delhi : Mukesh Ambani is India’s richest businessman (Mukesh Ambani) India in England because of his one innings (England) It’s going to sting. of Reliance Industries Limited (RIL) Director and owner of IPL team Mumbai Indians (Mumbai Indians) Now they are going to try their luck in this game.

That’s why Ambani is now preparing to make a big deal in England. this deal world star football club liverpool (Liverpool) In such a situation, after cricket, it is clear that Reliance Group will make a strong bid in football as well.

mirror.com According to reports, this deal of the world’s most famous football club Liverpool will be completed soon. The ownership of this club may soon be handed over to a new owner. It has been investigated by Mukesh Ambani.

Mukesh Ambani has special interest in this club. He is the soft spot for this team. He had formed a partnership in this club a decade back. But now it is discussed that they are going to buy this club.

According to the Mirror, the current owner of this football club is Fenway Sports Group. (FSG) He has paid a heavy price. They want to sell this football club. For this, he has fixed a price of 4 billion pounds i.e. about 381 billion rupees.


Of course, Ambani is not the only one keen on this club. There are many contestants in this competition. Many groups from America and Central Europe are interested in this club. But if Ambani wins then it will be a big event.