base | The central government has changed the rules for updating Aadhar card. Now what will be the consequences? 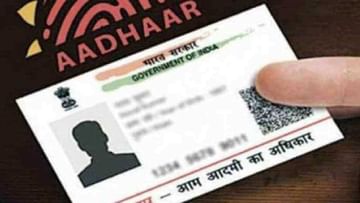 These changes can be done in Aadhar card

New Delhi : Aadhar card at present (Aadhar card) Indians have become a strong base. Central government (Central Government) It has been decided to expand the scope of Aadhar card. Fake (Fake) The Center has made it clear that the state government should also focus on reining in the Aadhaar card. The central government has made some changes in some rules regarding this.

by Unique Identification Authority of India (UIDAI) Citizens are allowed to update Aadhaar card every 10 years. This change will not be temporary. You can make major changes in Aadhar card. So Aadhar card will look like new.

This policy allows you to make biometric and demographic changes. Thus, fraud can be prevented through Aadhaar. Along with this, the data of citizens will be updated. Then fake Aadhar cards will be eliminated.

UIDAI has issued a notification in this regard. Accordingly, every 10 years any person can change the Aadhar card. As per the current rules, only children in the age group of 5-15 are allowed to update their biometric data.

But with the new rule, citizens of all age groups will now be able to change their biometric and demographic information every 10 years. Citizens above 70 years do not need to update this information at all.


Not only this, citizens can lock and unlock the Aadhaar number. So Aadhar card holder can keep all his data safe. This facility is provided by UIDAI.