Axis Bank: The government has taken a big decision regarding Axis Bank. Therefore, there has been a big impact on the stock of the bank. 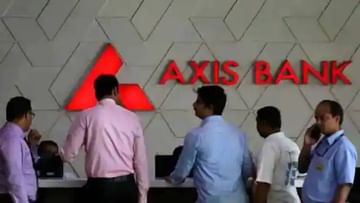 New Delhi : Central Govt to Private Sector Bank Axis (axis Bank) Going out, the government has made complete preparations for this. Central government (Central Government) He is going to sell 1.55 percent of the 4.65 crore shares of this bank. Its effect on this stock in the market today (share) appeared. It broke 3 percent in the stock market.

The decision to exit Axis has been communicated to the Stock Exchanges and Regulatory Commission, SEBI. A specified undertaking of the Unit Trust of India, an agency of the Central Government (sooty) He had 1.55 per cent stake in this bank.

Shares of Axis Bank closed at Rs 874.35, up 0.17 per cent on Wednesday. The central government had earlier sold 1.95 per cent stake in the bank last year. The government raised Rs 4,000 crore from it. After the current decision, the government will not have a single stake in Axis Bank.

Axis shares closed at Rs 845.15 on Thursday following the government’s decision. nse The stock fell 3.23 percent. Axis is the third largest private bank in India. The bank has given more than 10 per cent returns to the investors in the last few months.