Gautam Adani (Gautam Adani News) will have to beat Elon Musk to reach the top spot. Gautam Adani overtook Bernard Arnault to finish second. Bernard ranks third in the list of the richest people in the world. 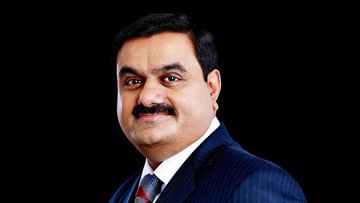 The Real Time Billionaires Index has been released by Forbes. According to this, there has been a gradual increase in the wealth of Gautam Adani.

Meanwhile, Gautam Adani has already left behind Jeff Bezos, Bill Gate, Larry Ellison in the list of rich. There has been constant competition between Gautam Adani and Mukesh Adani in India.

Though Adani has taken the Hanuman leap at number two, there is still a long way to go to claim the number one spot. At the same time, they will also have to face the challenge of maintaining their position during this time.

In the list of the world’s richest people of Forbes, there is a competition for number two. Because only a few points have a difference. But there is a huge difference of about $100 billion in the wealth of the first and second and third-place rich people on this list.

Adani is known as one of the largest industrial clusters in the country. Investors have also benefited from the shares of Adani in the last few days. At the same time, there has been a huge increase in his personal wealth. Gautam Adani is associated with various industries like country’s largest port operator, thermal coal producer, coal trader, power generation.