Adani Ambani: Adani and Ambani group are competing to buy some companies..The central government has also jumped into it. 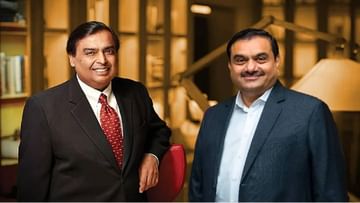 a tug of war for company

New Delhi : Gautam Adani is the richest businessman in the country (Gautam Adani) and Mukesh Ambani (Mukesh Ambani) The professional rivalry between them is well known. Where there is fierce tug of war between these two groups for a company, now the central government (Central Government) There is a plan to buy this company.

The central government has jumped into the bidding process to buy this bankrupt company. The auction of this company will be held on 25 November. Everyone is interested in this. After all, what is so special about this company?

Amarkantak Shakti (Lanco Amarkantak Power) This is the name of this company. According to media reports, it is a thermal power company. This company is currently in bankruptcy and its auction process is going on.

This is the first time that the country’s leading conglomerates have come forward to buy a single company. At the same time, the Central Government has shown interest in this company. The central government has also participated in the bidding process of this company.

Reliance Industries has made the highest bid for this company. If they complete the process, a thermal power company will be added to Reliance’s fleet. Reliance Group is the highest bidder in the first round.

Therefore Adani Group is not lagging behind in buying this company. This Adani group has taken lead in the second round. Adani Group has placed a bid of Rs 2950 crore.

The sale process of Amarkant Company has started from January this year. The Company’s project is currently located on the Korba-Champa Highway in the state of Chhattisgarh. This company has a thermal power plant based on coal.