Aadhaar: The central government has taken this big decision regarding Aadhaar. Let’s see what the effect will be.. 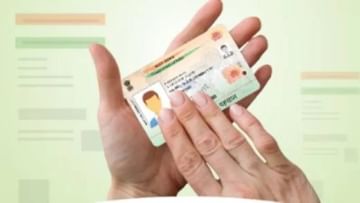 This decision was taken on the basis

2022 was the 10th amendment under the Aadhaar Enrollment and Updation Rules. So Aadhar card holders will be able to update their Aadhar card every 10 years. Documents have to be submitted for this.

Aadhar card has undergone many changes since its creation. Several security features have been incorporated to prevent fake Aadhar cards. However, it has been observed that many people are making fake cards.

These new rules will go a long way in identifying fake Aadhar cards. The misuse of Aadhar card can be stopped. Also, citizens can rectify if there is any mistake while preparing the Aadhar card.

The authority has given complete details of Aadhar card update and fees. My Aadhar Portal-https://myaadhaar.uidai.gov.in/ Citizens will get this facility on this website. This facility will be available at the nearest Aadhaar center.

If a person does not update aadhar card. Earlier, if they have not submitted the proper documents while generating the Aadhar card, their Aadhar number can be rejected.